Over the weekend (11th 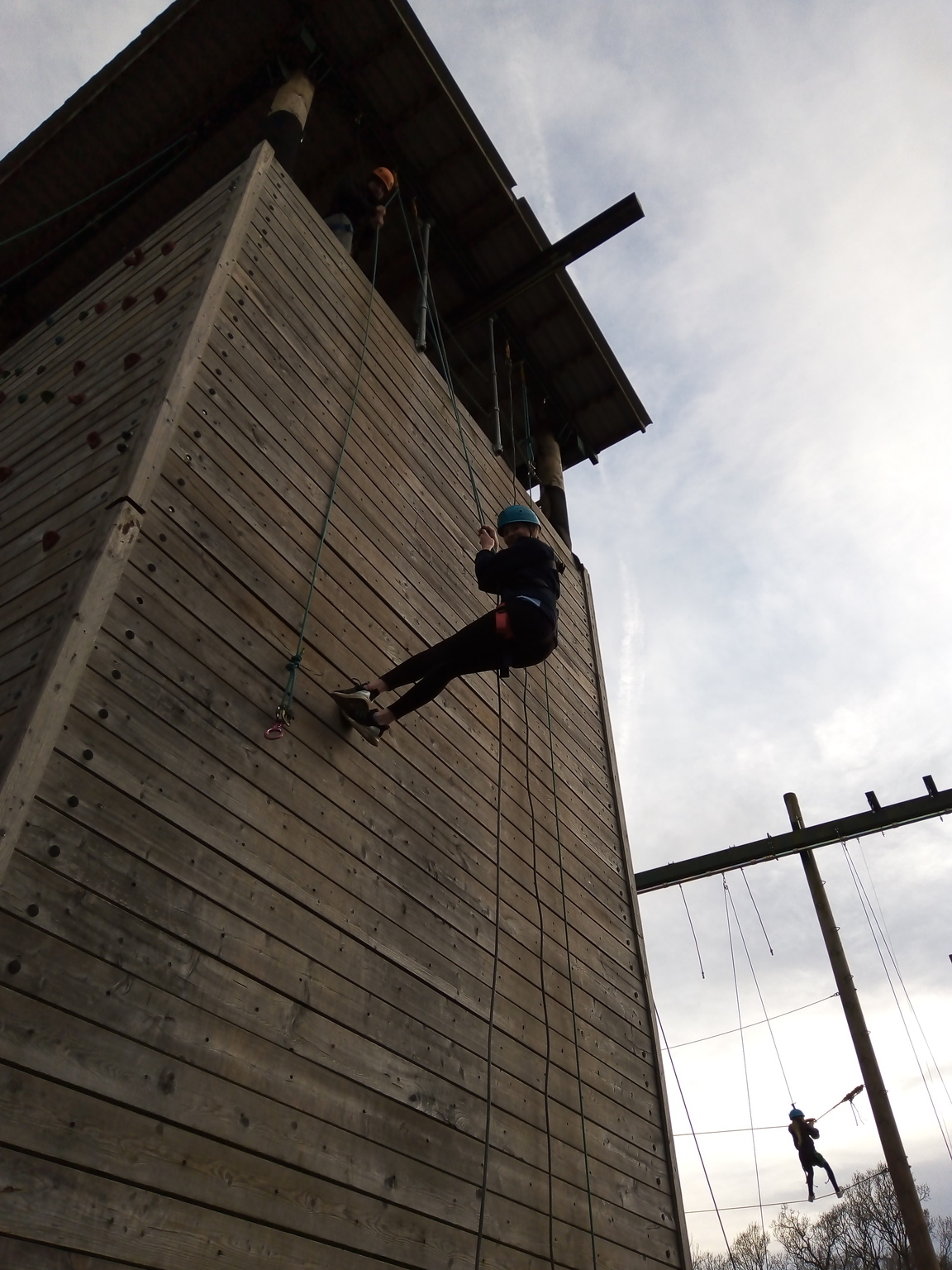 - 13th March), 16 St Gerard’s netballers, from years 7 to 11, journeyed over to Condover Hall in Shropshire to represent our school in a round-robin style tournament.

Although the trip was primarily to play netball, we got to take part in a range of activities such as Laser Quest (special mention to Sophie (Y10); our Laser Queen – scoring a whopping 1200 points) or conquering our fears on The Leap of Faith (mention going to Hannah in Year 11, for her ’interesting’ approach to the challenge).

Our Adventure began with a tour of the Grand Mansion (a three-story Elizabethan Grade I Listed Building) and introduction to what was ahead; subsequently, us outdoor hounds were unleashed to roam the sizeable grounds!

Day One was mostly free from netball – other than our casual evening game rehearsals (performed in darkness!)  – but rather filled with eating and some form of climbing. It was late nights all-round in the ‘Mill House’ dormitories, without thought of the strenuous day ahead.

Wake up call was seven; breakfast at quarter-past; ready for a first match at half-past eight - this was the routine for days two and three. I think it’s safe to say we all looked, and moved, like sloths right up until our pre-game warmups!

Matches lasted a total of seven minutes per half, with a one-minute pause at half-time (which for any non-netballers amongst you, isn’t really a lot of time at all). Being in the U16s category saw us playing a total of 10 matches altogether, and the U13s had just a couple fewer. Despite our very best efforts, goals and interceptions: the podium was just out of our reach in the end, yet I am immensely proud of our energy (we definitely won in that category!).

Thank you to Mrs Thompson and Miss Ingram for making this trip happen!