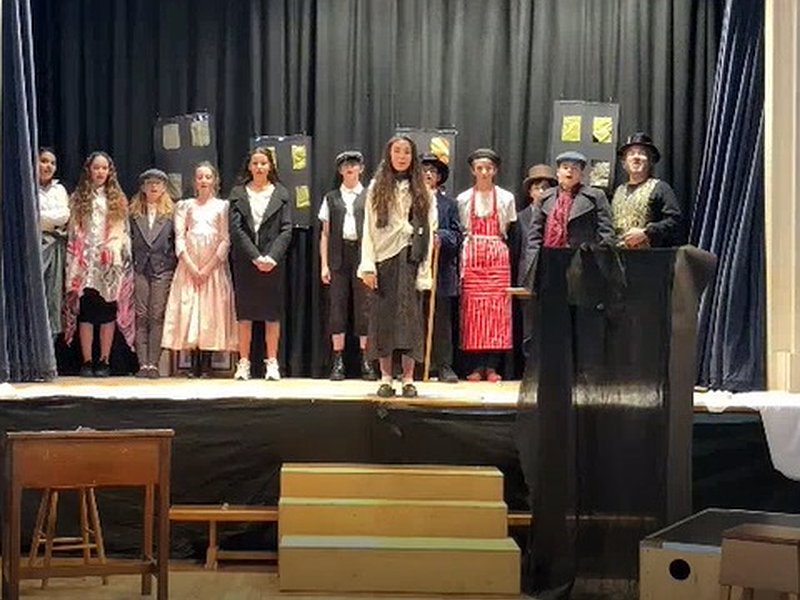 Mrs Hughes and a cast of volunteers finished the year in entertaining style, putting on a comic production of Dickens’ perennial Christmas favourite.

As usual, there are many stories behind the scenes of hard work and commitment: Mrs Hughes would like to pay special tribute to Elissa for her set design work, and to Arshdeep, Josh, Flynn, and Jonah, for other off-stage management duties.

Amongst the intentional jokes and errors (competing Scrooges, a pantomime horse who had found the wrong play, and Deacon as an actor who had written his lines on every prop he could find) the show had to deal with some last-minute absences – thanks especially to Mrs Parker and Mr Byrne.

Putting on the show was fun for cast and crew as well as (hopefully) the audience. This is largely down to Mrs Hughes who organised us into a unit in a very short time, with energy, advice and a real sense of humour.