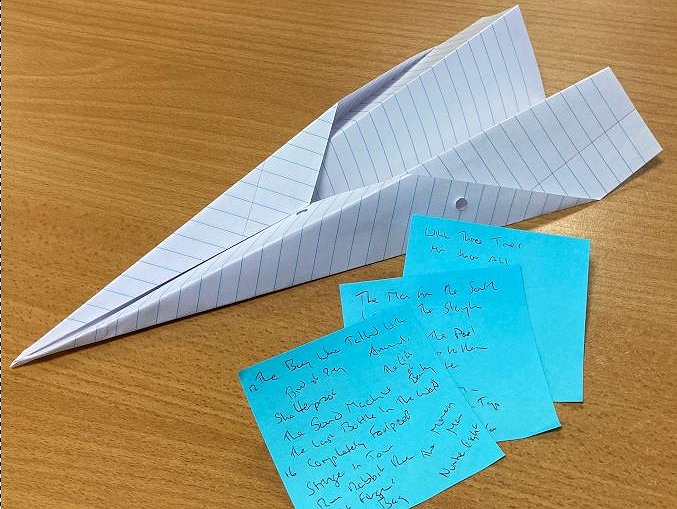 On Monday afternoon, the Hall briefly became a blizzard of paper airplanes when Years 7 and 8 helped the English Department celebrate Roald Dahl Day.

Pupils collaborated together to write their own 'Tales of the Unexpected', using regular dogfights - in celebration of Dahl's stint as a fighter pilot - to deliver their story to a classmate. The challenge was then to continue the story against the clock before the next aerial assault took it to another writer.  By the time each pupil received their original piece back, several others had contributed, and the endings were often VERY unexpected.

Mr Guerrero and Mrs Tough were delighted with the resulting stories - Roald Dahl himself would have been proud of some of the grisly goings-on!  Each writing round also included a bonus dictionary word, and students found ingenious ways of including words like 'apple', 'giggle' and 'buffoon' into their creative writing.