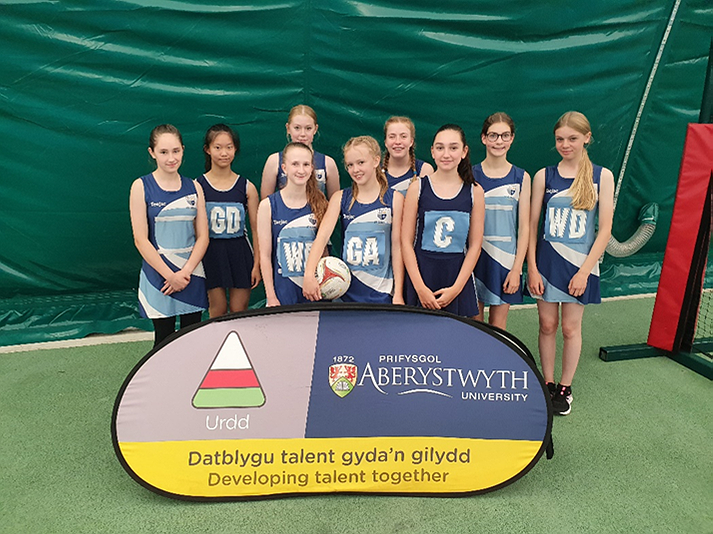 Students from around twenty different schools converged on the Brailsford Centre recently in an attempt to net the title of Urdd Netball Champions.

Divided into mini-leagues of four or five schools, our girls found themselves up against teams from Holyhead, Middleton College, and the eventual winners, Syr Hugh Owen.

Unluckily, the girls did not qualify from their group, but a good win and two very close defeats provided lots of spectacle and excitement.  The girls returned exhausted but pleased with their performances, and the valuable experience which will hopefully stand them in good stead next time around.

Thank you girls, for your energy and commitment.  We were impressed by your attitude and teamwork.